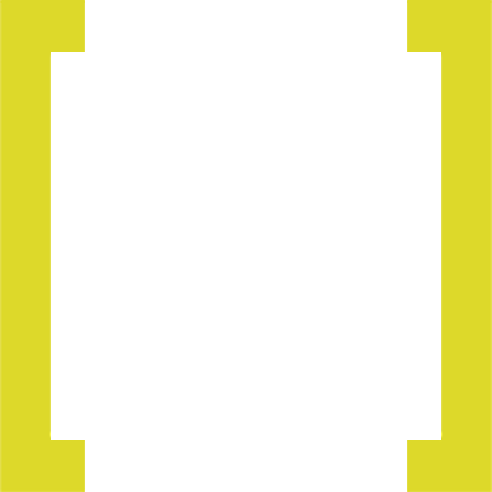 Exploring the effects of IR35

The past two years have seen huge shifts in the tech labour market and though some can be attributed to changes in the external environment, such as the onset of Covid-19, the pandemic isn’t alone in shaping the current employment landscape.

In fact, since their introduction in April 2021, the IR35 reforms have had a huge influence on the nature of contract services in the tech space, and despite already being in operation for over six months, confusion remains around the long term impact of IR35 on the labour market.

Here, we break down what IR35 is, who it affects and some of the IR35 trends we’ve seen emerge over the past 18 months.

Initially introduced as part of the Finance Act 2000, the Intermediaries Legislation or ‘IR35’ is a piece of UK tax avoidance legislation designed to help businesses and contractors navigate off-payroll working.

In an attempt to close some of the tax loopholes created by the original legislation – namely the exploitation of ‘disguised employees’ – the reforms extended IR35 beyond the public sector and shifted the responsibility for determining IR35 status away from individual contractors onto private sector businesses.

Concerns around the IR35 reforms

Though intended to prevent tax avoidance, the changes to IR35 have undoubtedly affected the ease with which genuine contracting can take place, and one of the biggest concerns about the changes was that the cost of organisations using contract services would rise due to increased tax contributions for contractors.

In order to avoid this cost, critics predicted that organisations would not increase rates and leave the individual contractor to absorb the additional cost of tax increases. It was predicted that this would result in more contractors choosing to seek out permanent roles, and that the declining number of available contractors could lead to a resource shortage.

However, the arrival of Covid-19 and the tech boom that ensued succeeded in turning these predictions on their head. As the digital skills gap grew wider and organisations around the country struggled to keep up with demand, the limited supply of tech talent became more valuable than ever before. Turning to contractors to fill their immediate resourcing needs, companies were left with no choice but to increase rates in order to appeal to contractors who were now in a position to be very selective over the work they undertook.

But how have the IR35 reforms influenced contractor decision-making?

In ‘IT Labour Market in a Post-Covid World: What Drives Candidates?’, Fruition IT surveyed a sample of the workforce in order to gauge how changes to IR35 status have influenced contractor decision-making.

Asked what the two most important factors when considering a new contract opportunity are, ‘day rate’ was by far the most popular answer (74%) with IR35 status as the second most popular (56%). When asked if they would consider a contract inside IR35, 39% of respondents answered ‘No’ whilst 41% responded ‘Possibly, if factors such as the rate and role were appealing’. These findings align with the predictions of IR35’s critics: that contracts would become less attractive if organisations were to transfer the higher cost of contracting on to the individual, and that hiring managers looking to secure contract services must ensure the rate offered is competitive and reflective of current market activity.

When asked whether they intended to continue contracting in light of the reforms, 2% or the sample expected to continue trading inside IR35 “for the foreseeable future”, compared with 50% who intended to continue contracting outside IR35 only. Though this reinforces the idea that IR35 reforms have influenced the motivations of existing contractors, it doesn’t confirm the theory that these workers will increasingly seek out permanent roles – with only 8% of the sample identifying themselves as “open” to this type of opportunity.

However, what it might imply is that contractors may be more selective about what contracts they take on, choosing to avoid work that falls inside IR35 if the rate offered isn’t favourable. For many contractors though, a favourable day rate won’t be enough incentive to take on a contract that falls within IR35. As a tax determination, IR35 requires a business to pay tax and national insurance contributions as though the contractor were an employee, but doesn’t entitle them to employee rights or benefits such as sick pay or maternity leave. Often referred to as “zero rights employment”, this means that despite some contractors’ net earnings falling by 20-30% as a result of tax contributions, they receive no employee protections in exchange.

The seemingly “lose-lose” nature of operating as a contractor inside IR35 coupled with ongoing fears that HMRC will further reform the legislation to the detriment of contractors, could mean that over the coming years, we’ll see more contractors exclusively undertaking contracts outside IR35 regardless of the rates on offer for inside IR35 contracts. This presents a long-term risk for businesses offering contracts inside IR35, whose contractor pool will likely become much smaller and much more changeable to market environments.

For hiring managers and organisations looking to utilise contract services, the research’s main takeaway is that time should be invested in accurately assessing IR35 status and ensuring that the rate offered reflects both the work required and current market demand, ahead of advertising the contract.
In ensuring that the role and rate are appealing, organisations will be better positioned to attract highly skilled contractors. However, there is a clear resistance within the tech contractor market towards undertaking contracts within IR35 and some workers will opt to not take on contracts that fall inside IR35, no matter how favourable the rate.

As the digital skills gap grows wider and the demand for tech talent continues to outweigh supply, in order to remain competitive hiring managers should consider whether utilising services outside of IR35 or making a permanent hire would be more efficient for their organisation than the long term cost of contracting services inside IR35.

As a consultancy with a recruitment arm, Fruition Consulting is uniquely positioned to help you deliver your digital projects with our exclusive network of Associates. Whether you need a pop up squad or some specific expertise we can help you remove any risk associated with IR35. Get in touch today to discuss how we can guide, support and enable you in achieving your digital goals.

Download the full ‘IT Labour Market in a Post-Covid World: What Drives IT Candidates’ report HERE. 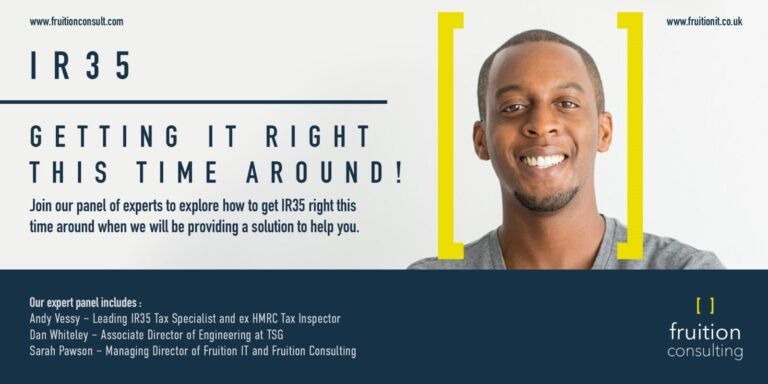 Copyright © 2022 Fruition IT. All rights reserved. 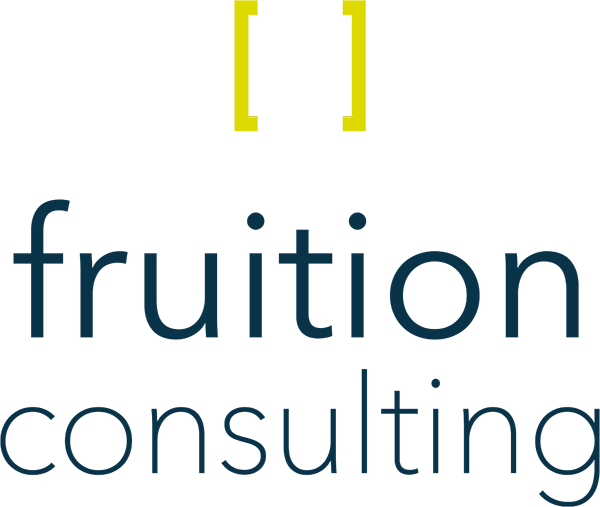